The Mysterious Lost Gospel of Judas: Fact or Fiction of Co-Redemption?

The secret account of the revelation that Jesus spoke in conversation with Judas Iscariot during a week three days before he celebrated Passover.

Jesus said to him, “Step away from the others and I shall tell you the mysteries of the kingdom. It is possible for you to reach it, but you will grieve a great deal.” —The Gospel of Judas 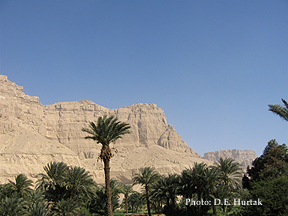 The provocative world news release (April 2006) on the themes found in the recovery of the lost Gospel of Judas (Iscariot) was not unexpected for those who have been working with the lost Coptic texts for the last thirty years or more. The Gospel recently resurfaced in New York in February 2006 but was originally discovered along the Nile River near the city of El-Minya about 120 kilometers south of Cairo in the 1970s.  It coincides with the bulk of the Nag Hammadi corpus and slowly published by scholars in Berlin (1950s), at UNESCO, and at the Institute of Christian Antiquities in California which hinted at controversial sayings and works on the life of Jesus Christ and his disciples.

The great acumen of Marvin Meyers and other modern scholars reveal the Gospel of Judas as a document that flies in the face of the teachings of the Synoptic Gospels (Matthew, Mark and Luke) and the Gospel of John that are the only gospels in the traditional canon. Although it only recently resurfaced, scholars who first reviewed the document realized that they had discovered a critically important lost third century Gospel, attributed to Judas Iscariot. They knew what a striking discovery they held in their hands of possibly overwhelming importance; a document that re-evaluated the final portions of the orthodox New Testament Gospels on the passion, death and resurrection of Christ. The bottom line is that Judas had a prior knowledge of his role in the crucifixion story as part of an inner teaching that Jesus had exclusively shared with him regarding the cosmic role of his (Jesus) birth and death according to Divine Providence.  The attribution of the name of “Judas” to a Coptic gospel hundreds of years after the historic event is not inconsistent in the tradition of Egyptian and Jewish kabbalistic wisdom where the writers would not give their names but use the name of a sage or messenger out of respect for the greater tradition of teachings.

I have just returned from a project near Nag Hammadi which was the scene of the greatest discovery of post-New Testament documents in 1945 of more than 54 ancient Christian texts and is surrounded by archaeological sites and work that continues to this day.  Nag Hammadi lies in the valley of Upper Nile, on the east bluff of the river, approximately thirty kilometers south of Abydos, where some of the greatest temples of the ancient world honor Osiris, the dying and rising god of Egyptian cosmology.  Here Coptic writers and scholars in the second and third century AD labored with theological, psychological and cosmological questions on the life and death of Jesus of Nazareth in an area that extended north to Panopolis (“Global City”), the capital of the Egyptian district.  The remnants of monasteries and the ruins of temples mark the heavy intellectual life of a former period and of a teeming Christianity that was neither Eastern or Western European, but uniquely Egyptian-African.  It is in this area of influence that extended from Egypt to Ethiopia that one is to find, as the great explorer James Bruce in the eighteenth century, some of the greatest missing works of the Inter-testament and post-New testament period that many of the African fathers of the early church regarded as canonical or being worthy of study.

There are some distinct variations of fact between this lost Gospel of Judas and the four canonical gospels. Some of the most important the reader will note are as follows:

Skeptics and open-minded scholars and readers must make a distinction between genuine “kosher”  Christian Gnostic texts who accept the death and resurrection of Christ within the role of the Divine Father (YHWH) and the mystical traditions of Old and New Testament writings. In short, the genuine Christian Gnostics were not anti-Semitic and included the great African church fathers, Clement of Alexandria and the greatest scholar of the early Church, Origen.

While in general the story of the trial and crucifixion that is revealed in the Gospel of Judas follows that of the canonical gospels, in detail it is very different. The Gospel of Judas falls short of the genuine nature of the more reasonable Coptic “Christian” documents and diminishes the role of the other disciples and the work of the Office of the Christ (Hebrews, chapter 8) that Jesus came to fulfill without the need of a specific master-servant intrigue. It is recommended that interested readers look at the larger corpus of the Pistis Sophia text documents (five volumes) that my wife and I have translated and published from the original Coptic texts through the Academy for Future Science. Here the role of the Trinity of Trinities, the Ineffable Name, and the role of Jesus after resurrection according to the collected writings of the disciples of the disciples in Egypt, is explored in great detail.

For those of you who want a more detailed description with commentary of some of the Gnostic texts and ideas, please see Pistis Sophia: Text and Commentary and you will understand the higher faith and wisdom that the ancient Christians living in Egypt revealed.

J.J. Hurtak, author of Gnosticism: Mystery of Mysteries, and translator and expositor of the Pistis Sophia Text and Commentary with his wife, Desiree, studied Coptic texts in Egypt and was a consultant in an archaeological project that used GPR (Ground Penetrating Radar) to locate the tomb of Osiris in Egypt in 1997. For more information please see http://www.nationalgeographic.com/lostgospel/

We appreciate your interest. The Academy is a nonprofit organization. Please consider making a donation through our secure web server or by postal mail. We are always happy to receive extra contributions because they help us maintain our work around the globe. Your support is absolutely necessary to continue to make this possible.
You can always help — you can always pray.